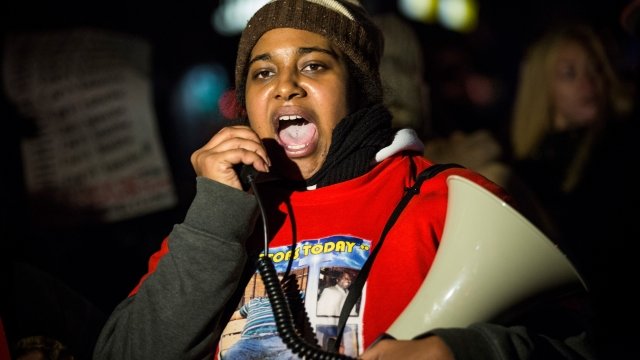 Garner was hospitalized earlier this month after going into cardiac arrest. She was in a coma for several days before she died.

She was the oldest daughter of Eric Garner, who died at the hands of police in 2014, and the activist was a vocal critic of police brutality.

On her official Twitter account, Garner's family wrote: "She cared when most people wouldn't have. She was good. She only pursued right, no matter what."