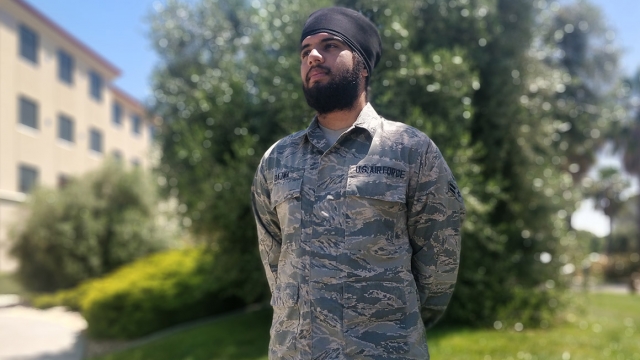 An active duty U.S. airman will be allowed to wear a turban, uncut hair and beard as part of his Sikh religious beliefs. The approval came after the American Civil Liberties Union sent a letter on behalf of Airman 1st Class Harpreetinder Singh Bajwa.

The ACLU said this is the first time an active airman has been allowed to follow Sikh grooming principles. The Air Force has not confirmed whether or not this is accurate.

Sikh ROTC members won that right back in 2015 after the ACLU filed a lawsuit on behalf of a university student. Then in 2018, the ACLU successfully used that ruling to push the Air Force to allow a Muslim officer to wear a hijab. Later that year, the Air Force allowed a Muslim airman to grow a beard.

Bajwa responded to the decision, "Today, I feel that my country has embraced my Sikh heritage, and I will be forever grateful for this opportunity."