Why Active Shooter Drills Had To Evolve Beyond Lockdowns 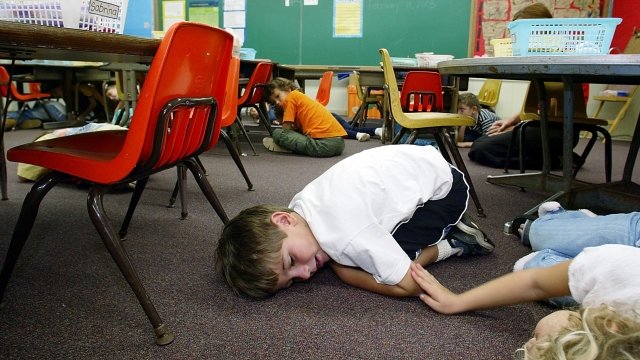 SMS
Why Active Shooter Drills Had To Evolve Beyond Lockdowns
By Christian Bryant
By Christian Bryant
March 1, 2018
An active shooter drill trainer says lockdowns can work but that they aren't flexible enough for the range of ways shooters have attacked schools.
SHOW TRANSCRIPT

The accounts of the survivors of the Marjory Stoneman Douglas High School shooting in Florida are difficult to watch and to hear. But the details are being scrutinized by security experts who want to know exactly how students reacted when all hell broke loose.

"I really, really study what the victims are saying and what the victims say that happened," said Joe Hendry, national trainer for ALICE Training Institute. "Reality is, they're the ones most closely tied and associated with the event."

Stoneman Douglas High School is one of many schools across the country that have prioritized preparing their faculty, staff and students for an active shooter.

"For a long time, we've used a single option response called lockdown for facilities for an active shooter event," Hendry said. "We were seeing the same result: large numbers of people killed, trapped by their own plans." 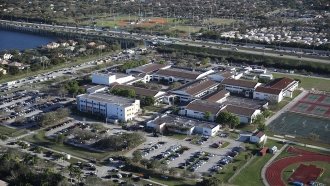 Hendry trains places like schools and business for active shooters using multi-option response plans, which encourage people to use a number of tactics to survive — like throwing objects at the shooter — instead of just locking doors and sheltering in place.

The latter is what happened during the 2012 Sandy Hook Elementary School shooting.

"In Sandy Hook, they were shoving people in bathrooms," Hendry said. "But that was a part of their plan. Someone came up with that, that came from somewhere. People shoved in corners. During one of the most critical events of their life, they were told they weren't allowed to move."

The problem, according to Hendry, was that lockdown was meant to safeguard against a shooter attacking from outside a school for a few seconds, not a gunman inside a school with a semi-automatic rifle for five minutes.

"That's why so many people are killed; because when the plan fails, there's nothing else to go to," he said. "You're taught one thing, and that's it."

Another reason plans have failed, according to Hendry, is that shooters have gotten better at attacking schools. Even though Stoneman Douglas High School has a protective fence around it, the school shooter waited until the fence was unlocked at the end of the day and pulled the fire alarm to send students running for safety. That's when he opened fire.

A traditional lockdown has saved lives in at least one situation, when a gunman shot into an elementary school from its quad in Rancho Tehama, California, in 2017. 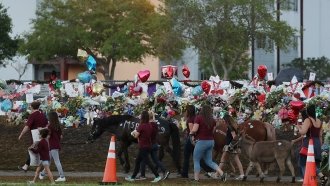 "When the school's secretary heard gunshots nearby, she immediately signaled students to get off the playground and hide under their desks," Hendry said.

And skeptics of multi-option plans take issue with the suggestion that students should engage the shooter — which is a last resort. Critics also say there's not enough evidence that those plans work.

Fighting back during a school shooting is controversial. But the Sandy Hook shooting and others like it might've encouraged schools to take a closer look at how they are preparing for attacks.

More research is needed to determine how well active shooting tactics are working. In the meantime, Hendry says cellphone video from the shooting could help save lives in future attacks.

"This is probably the first shooting event where we have the perspective of the students, who are using the tactics, actually recorded by them," Hendry said. "The more videos that come out, the more the interviews come out, the more investigation that's done, we'll get a real clear picture about what happened."