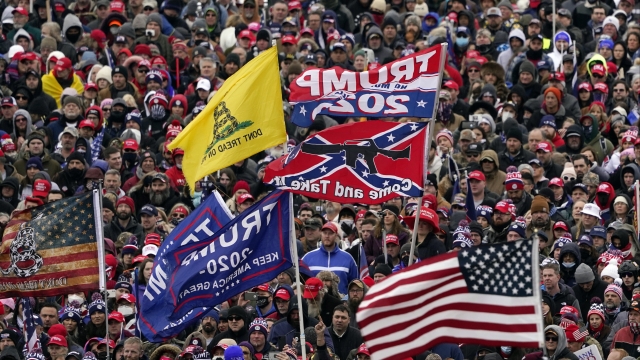 The number of active hate groups in the U.S. is down for a second year in a row.

And from the record-high 1,020 in 2018, which the report attributes to Donald Trump's presidency.

That doesn't mean there are fewer racist and xenophobic ideologies in the United States.

It just means these hate groups are turning to online platforms, especially amid the pandemic.

That also makes the groups harder to track.

"What's most important is that the threat from extremist groups has gone up," Southern Poverty Law Center President Margaret Huang said. "And so actually, what it's telling us is that this measure that we've now used for a few decades may not be the most useful barometer, particularly at this moment, because it doesn't actually capture the level of threat or, particularly, the threat of violence that we've seen over the last several months."

The Southern Poverty Law Center has been putting out its report on hate groups since 1990.