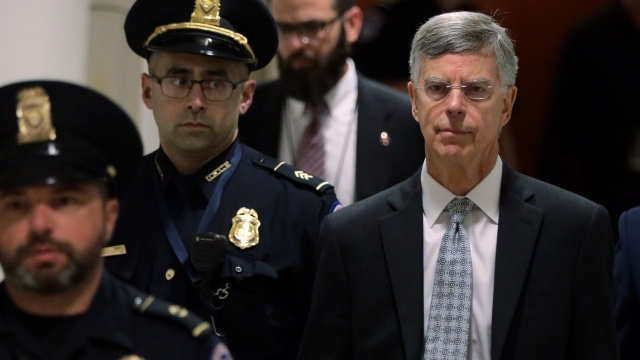 Acting Ambassador to Ukraine Bill Taylor testified before three house committees Tuesday. Taylor's opening statement itself was 15-pages long, detailed many of his concerns, and filled in the gaps of his now infamous text messages with EU Ambassador Gordon Sondland.

In his statement, the acting-ambassador says there are two channels of policy making, one of which he called highly irregular. He says the "regular" foreign policy was undercut by the president's personal attorney Rudy Guiliani.

Taylor also mentioned a specific phone call between U.S. officials and the Ukrainian president, where the officials actively worked to keep anyone from transcribing or monitoring the call.

Newsy learned about one text exchange in particular, where Taylor said "We are now saying that security assistance and WH meeting are conditioned on investigations?" There was a gap between that text and Sondland's response. Taylor said in his opening statement that Sondland spoke with the president during the gap, where he testified the president wanted Zelenskyy to state publicly Ukraine would investigated Burisma and alleged Ukrainian interference in 2016 election.

Democratic Congresswoman Stacey Plaskett,who heard Taylor's testimony, says she found him extremely credible but isn't sure it's the turning point some of the other democrats are describing.

Testimony Thursday and Friday has been postponed in honor of Congressman Elijah Cummings, who will lie in state Thursday. Democrats have added weekend testimony this Saturday for the first time.