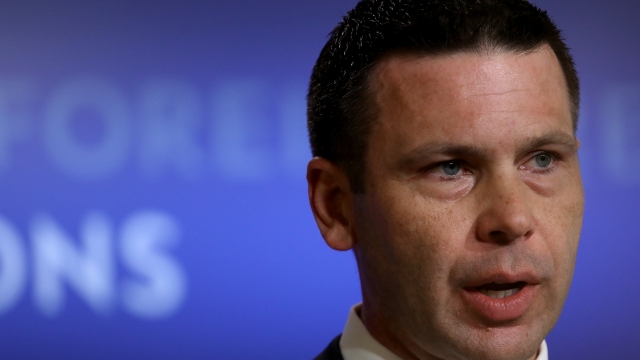 President Donald Trump made the announcement on Twitter Friday, saying McAleenan was leaving "to spend more time with his family and go to the private sector." He praised McAleenan for doing "an outstanding job," pointing to reduced border crossings. President Trump also said he would be announcing the new acting secretary of Homeland Security in the coming days.

He oversaw many of the administrations hard line immigration policies, though he told the Washington Post earlier this month he felt he didn't have control of "the tone, the message, the public face and approach of the department in an increasingly polarized time."

McAleenan thanked President Trump in a statement, saying the department has "made tremendous progress mitigating the border security and humanitarian crisis" since he took over. He said he'll "remain forever grateful to the men and women of the Department for their steadfast efforts to secure our country."