Acting CIA Inspector General Is Retiring Amid Allegations Against Him 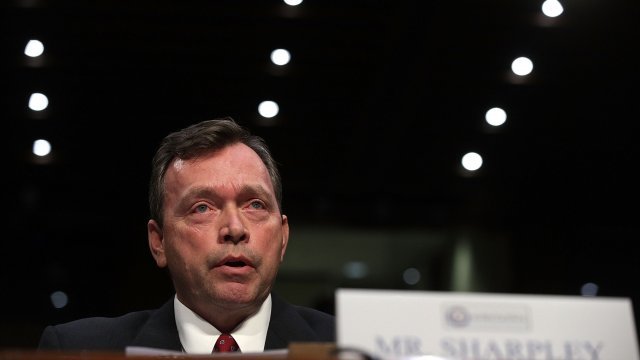 SMS
Acting CIA Inspector General Is Retiring Amid Allegations Against Him
By Jake Jones
By Jake Jones
July 21, 2018
Christopher Sharpley has been the agency's acting IG since 2015.
SHOW TRANSCRIPT

The acting inspector general of the CIA has withdrawn his nomination to officially take over the role, according to CNN.

Christopher Sharpley, who has been the agency's acting IG since 2015, sent an email this week to coworkers saying he would seek other opportunities and retire within 30 days.

Now-retired employees have complained Sharpley punished them for reporting wrongdoing within the IG's office. He allegedly interfered in witness interviews to get the names of the whistleblowers, forcing the Department of Justice to throw out evidence and settle a contracting bribery case.

One whistleblower claims to have been put on administrative leave without pay after his name was revealed; another says he was restricted from doing his job.

Sharpley told senators in his confirmation hearing he wasn't aware of any investigations into the complaints against him. But CNN reports he was interviewed in the investigation and signed documents relating to the cases.