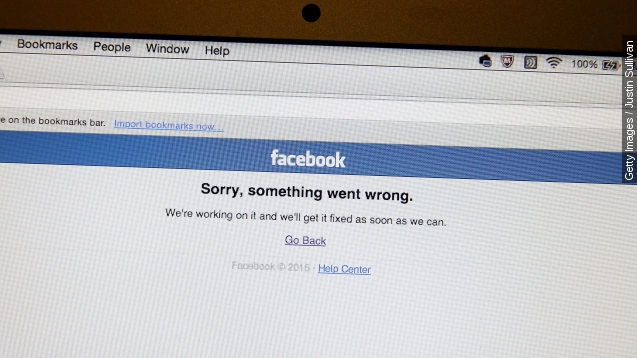 A once-scrapped plan that would force tech companies to report any online terrorist activity on their sites has resurfaced following the mass shooting event in San Bernardino.

The Requiring Reporting of Online Terrorist Activity Act is modeled after another law that requires tech companies to report online child pornography to law enforcement if and when the firms discover it.

This new act's connection to last week's shooting is a Facebook post by one of the shooters. The social networking site told the The New York Times the woman had "declared allegiance to the Islamic State on Facebook at roughly the time of the shooting on Wednesday." (Video via CNN)

Following the shooting, officials used the post to link the massacre to ISIS. But what's unclear is whether the damage done in San Bernardino could have been prevented, or at least minimized, if law enforcement had known about the post sooner. (Video via KGTV)

Sen. Dianne Feinstein, who introduced the bill, wrote that it "would not require companies to monitor customers or undertake any additional action to turn up terrorist activity."

But the bill's wording makes what counts as awareness on the tech companies' end unclear. The Verge writes, "could, for example, email providers be asked to passively scan the content of messages to look for certain content?" (Video via Facebook)

Also, as the act is currently written, the language is vague and could easily be used as a means of creating a back door to gathering more user data from social media sites in the future. (Video via Twitter)

The plan's reintroduction so soon after tragic events will likely help it gain more support than in its last go-around, but even then the wording was vague. So, we'll have to keep an eye on how this bill is tweaked as lawmakers begin to consider it again in the Senate. (Video via C-SPAN)