ACLU Sues US Over Separation Of Immigrant Families 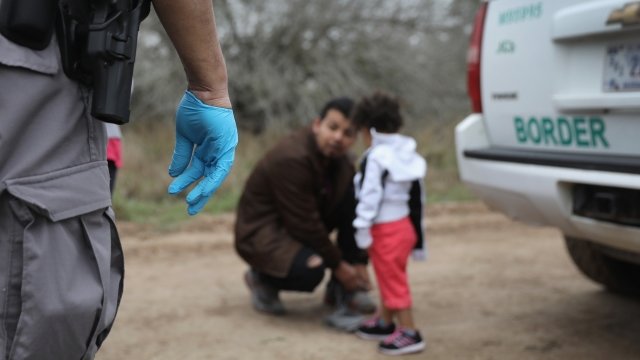 The class-action lawsuit expands on one specific case in which a mother was detained and separated from her now 7-year-old daughter.

The American Civil Liberties Union filed suit against the U.S. government over allegations it routinely separates immigrant children from their families.

The class-action lawsuit expands on one specific case in which a mother was detained and separated from her now 7-year-old daughter.

The ACLU says this practice is representative of the approach immigration authorities have taken under the Trump administration. A migrant rights advocate found more than 400 cases of parent-child separation since January 2017.

There's no official policy on separating children from their parents. A spokesperson for the Department of Homeland Security said in some cases, authorities must determine the adult and child are related and not a part of a child trafficking operation.