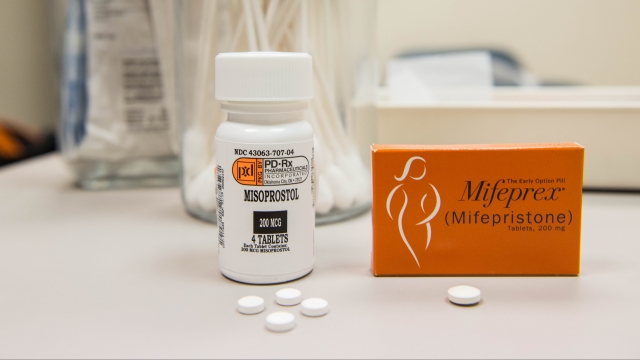 The ACLU filed suit on behalf of the American College of Obstetricians and Gynecologists and other groups.

The American Civil Liberties Union has sued the FDA to remove restrictions on the abortion pill.

The lawsuit is seeking an emergency order to allow the abortion pill be sent by mail or be made available at pharmacies during the coronavirus pandemic. The ACLU says it filed on behalf of the American College of Obstetricians and Gynecologists and other medical groups.

Since it was first approved by the FDA, the only way to get the so-called abortion pill is to go to a registered hospital or clinic and pick it up. The lawsuit argues that rule puts a person's health at risk amid coronavirus-related lockdowns.

According to the lawsuit, mifepristone, which is used in a regimen with misoprostol to end pregnancy, is the only drug out of more than 20,000 drugs regulated by the FDA that patients have to receive in person at a hospital, clinic or medical office.  The drug is also used to help manage miscarriages.

In a statement, a staff attorney at the ACLU Reproductive Freedom Project said the government has made it easier for many Americans to get the health care they need without unnecessary in-person visits, but not when it comes to people seeking abortions or treatment for a miscarriage. She said: "This administration apparently would rather subject patients and clinicians to life-threatening medical risks than lift an unnecessary barrier to abortion care."

The FDA said it is unable to comment on pending litigation.

However, abortion rights opponents have urged the agency to keep the regulations in place. They say abortion services should be paused during the pandemic to preserve personal protective equipment.