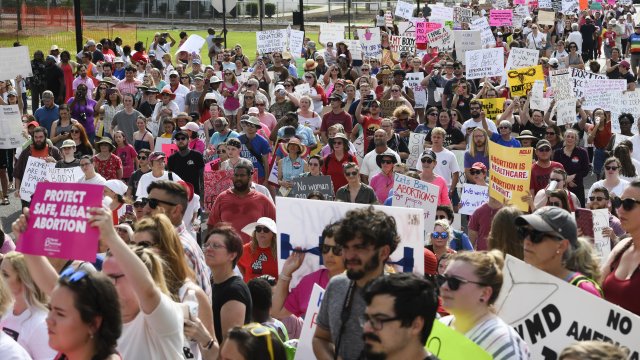 The organizations announced the suit in a joint press release after it was filed in federal court Friday.

They're asking a judge to block Alabama's new law, which makes it a felony for a doctor to perform an abortion at any stage of pregnancy unless the woman's life is at risk or the fetus has a "lethal anomaly."

Gov. Kay Ivey signed the controversial bill into law earlier this month, and abortion advocates have been protesting the decision ever since.

Governors in Georgia, Ohio, Mississippi and Missouri have also recently approved strict abortion laws. But none of the laws have gone into effect yet, and they likely have long legal battles ahead of them that could end up at the Supreme Court.