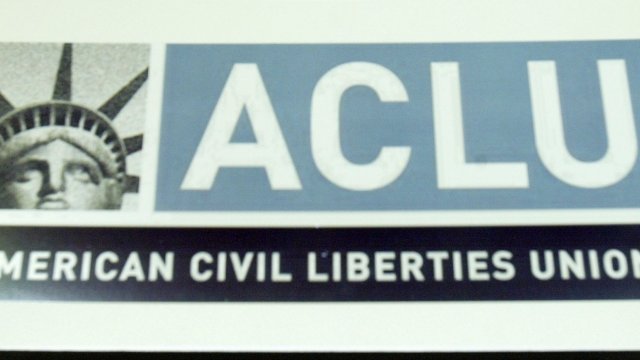 SMS
ACLU, Others Suing Trump Administration Over 2020 Census Question
By Jake Jones
By Jake Jones
June 6, 2018
The ACLU says a question about citizenship is meant to "instill fear" in immigrant communities and could even affect representation in Congress.
SHOW TRANSCRIPT

The American Civil Liberties Union announced on Wednesday it was suing to block a citizenship question on the 2020 census.

Questions relating to a person's citizenship haven't appeared on the U.S. census since 1950. The ACLU says the question is meant to "instill fear" in immigrant communities and that it could even affect the distribution of political power in states with high numbers of noncitizens.

If fewer people respond to the census out of fear of retaliation or deportation, the ACLU says, states could lose congressional seats and federal funding, both of which are determined by census numbers. The group also notes the Constitution requires the government to count all residents in the country, not just citizens.

The ACLU and several other groups are suing the Commerce Department, which is responsible for the census.