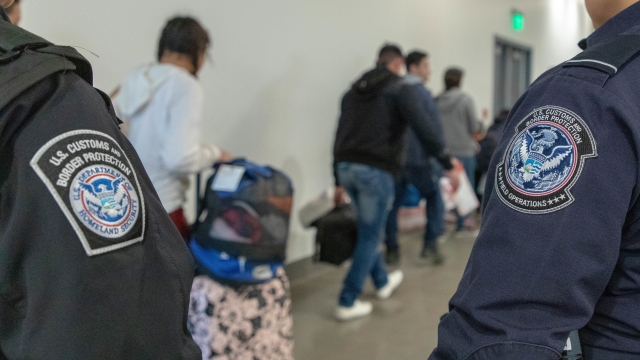 SMS
ACLU Files Lawsuit Claiming CBP Tracked And Interrogated Journalists
By LeeAnne Lowry
By LeeAnne Lowry
November 21, 2019
The journalists say U.S. border officers stopped them while they were crossing in and out of Mexico to report on conditions at the border.
SHOW TRANSCRIPT

The ACLU filed a lawsuit against the Department of Homeland Security Wednesday, claiming it violated the First Amendment by tracking, detaining and interrogating five journalists between November 2018 and January 2019.

The freelance journalists say U.S. border officers stopped them while they were crossing in and out of Mexico to report on conditions at the border. The claims are echoed in a March report from San Diego's KNSD news that uncovered documents showing border officials had a list of people to pull into secondary inspections.

The ACLU suit says the reporters were "impermissibly compelled" to reveal their sources when they tried to reenter the U.S. The nonprofit says there's no valid immigration or customs reason for the interrogation and is calling it a "coordinated effort that undermined the freedom of the press."

The ACLU said in a press release, "No journalist should have to fear government interference for having the persistence, courage, and commitment to expose the truth."