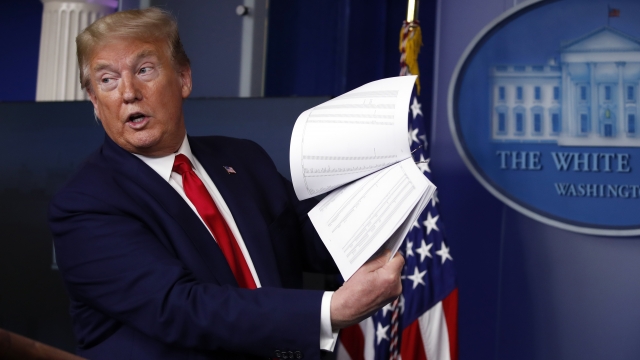 Mazars USA informed the Trump organization last week that decade's worth of financial documents it had provided "should no longer be relied upon."

The letter — which became public in a court filing on Monday — comes one week after New York Attorney General Letitia James said her civil investigation found evidence Trump and his company used "fraudulent or misleading" financial statements to receive loan and tax benefits.

Some legal experts say the firm's letter could imply the Trump organization overstated their assets.

"An accountant's duty is to be conservative," said Lawrence Cunningham, professor of corporate law at George Washington University. "Financial statements are more reliable when assets are understated and revenue is understated rather than when they're overstated. If the firm had decided the statements were unreliable because they're too conservative, they would not have issued this letter."

The accounting firm said its decision was based on information from internal and external sources and its own investigation.

The company wrote in its letter, "While we have not concluded that the various financial statements, as a whole, contain material discrepancies, based upon the totality of the circumstances, we believe our advice to you to no longer rely upon those financial statements is appropriate."

Mazars also advised the Trump organization to inform any lenders or insurers that the financial statements are unreliable.

In a statement, a Trump organization spokeswoman said they were disappointed that Mazars had chosen to part ways but added that Mazars did not find material discrepancies in the financial statements.

"This confirmation effectively renders the investigations by the DA and AG moot," the Trump organization statement argued.

James, a Democrat, said in a statement Monday, "There should be no doubt that this is a lawful investigation and that we have legitimate reason to seek testimony from Donald J. Trump, Donald J. Trump, Jr. and Ivanka Trump."

The Trump organization has hundreds of millions of dollars in debt coming due in the next four years, with the former president personally guaranteeing many of the loans.