The Academy Is Investigating Its President For Sexual Harassment 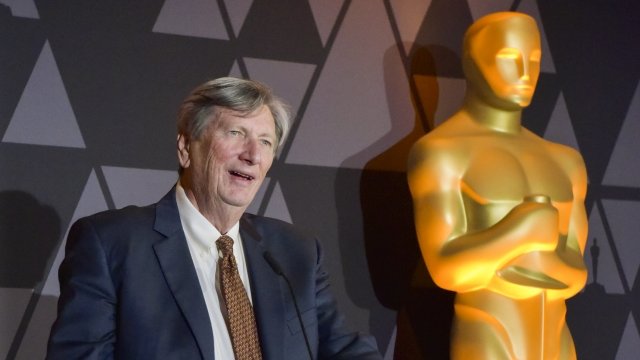 The Academy of Motion Picture Arts and Sciences is investigating its president over sexual harassment allegations.

The academy did not release any specifics about the nature of the claims or who Bailey's accusers are. It said it "treats any complaints confidentially to protect all parties."

In the midst of the Time's Up and #MeToo movements, Bailey gave a speech at the Oscars luncheon last month, saying the industry is witnessing the academy reinvent itself with a "greater awareness and responsibility in balancing gender, race, ethnicity, and religion."

Bailey, a seasoned cinematographer, has been president of the academy since August 2017. If he's forced to step down, he'll be replaced by Lois Burwell, the current vice president, until a new president is elected.

The academy says it will not comment further until its full review has been completed, but it did not give any indication of when that might be.