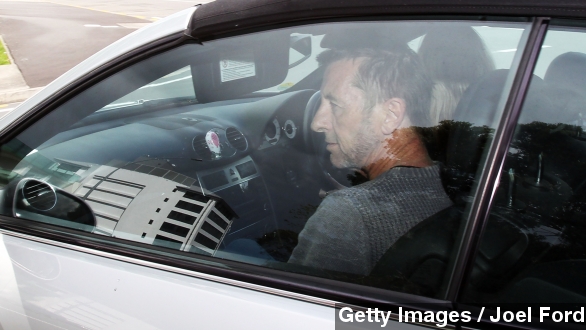 Phil Rudd, the drummer for AC/DC, has been arrested in New Zealand as police say he tried to hire a hitman to kill two people.

New Zealand media outlet Stuff first broke the story. They say police raided the 60-year-old musician's home Thursday morning and prosecutors charged him with attempting to procure a murder when he appeared in court later in the day.

The Australian-born drummer also now faces charges for possession of methamphetamine and cannabis, plus a charge for threatening to kill. (Video via BBC)

The judge handling the case withheld the names of Rudd's alleged targets and hitman and released him on bail after the hearing.

Few other details were revealed, but local outlet Sun Live says Rudd was accused of trying to set up a murder and threatening to kill over a two-day period in late September while the drug charges came during his arrest Thursday.

After hearing the news, former band manager Michael Browning told the The Daily Mail, "Bit of a shock, but there you go."

AC/DC was formed in the mid-'70s with Rudd serving as drummer the vast majority of that time. The legendary rock band was inducted into the Rock and Roll Hall of Fame in 2003. AC/DC also has its first new album in six years, "Rock or Bust," coming out Dec. 2 and was set to go back on tour next year. (Video via Atlantic Records / AC/DC's 'Back In Black')

Rolling Stone says "it's unclear how Rudd's arrest will affect the 2015 world tour." The pop-culture magazine points out he was absent from a band photo shoot last month but the group said he "was still an active member of the band."

Rudd's next court appearance is scheduled for Nov. 27.