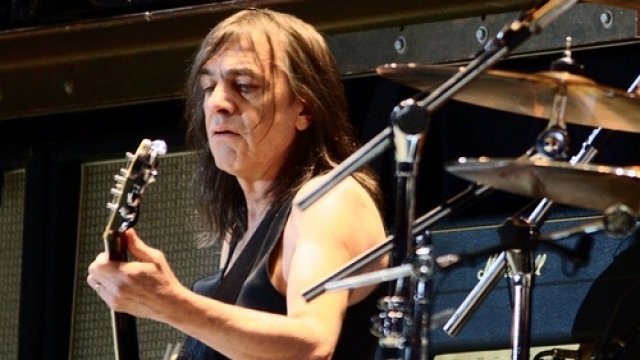 SMS
AC/DC Founding Member Malcolm Young Has Died
By Lindsey Pulse
By Lindsey Pulse
November 18, 2017
Young died peacefully with his family by his side. He had lived with dementia for several years.
SHOW TRANSCRIPT

Malcolm Young, co-founder and guitarist of AC/DC, has died. He was 64 years old.

Young died peacefully with his family by his side. The world-renowned rocker had lived with dementia for several years.

AC/DC announced Young's passing Saturday, calling him a "visionary" and commending his dedication to the band.

His brother Angus, lead guitarist and co-founder of AC/DC, said it's "hard to express in words what he has meant to me during my life."

As a member of AC/DC, Young was inducted into the Rock and Roll Hall of Fame in 2003. He was known for his expert musicianship, particularly his skills as a rhythm guitarist.

Young is survived by his wife and two children.