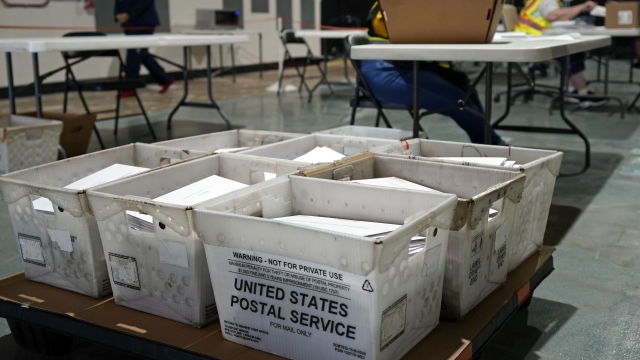 SMS
Absentee Ballot Rejections Could Triple This Year
By Katie Cammarata
By Katie Cammarata
September 8, 2020
AP analysis says up to three times as many ballots in battleground states could be rejected compared to 2016, disproportionally affecting Democrats.
SHOW TRANSCRIPT

Thousands of absentee ballots normally get rejected each presidential election. But with an increase in mail-in voting this year, it could be worse in 2020.

If ballots are turned down at the same rate as this year's primaries, that could mean a significant number of voters might not get a say.

An analysis by The Associated Press says up to three times as many ballots in key swing states could get rejected, compared to the 2016 presidential election, reflecting the increased number of votes being cast by mail.

Ballots can go uncounted for arriving too late, if voters forget to sign them or if signatures don't match what's on file at election offices.

The U.S. Postal Service is recommending voters allow seven days for their ballot to reach an election office.