About 5,000 Migrant Children Are Currently In CBP Custody 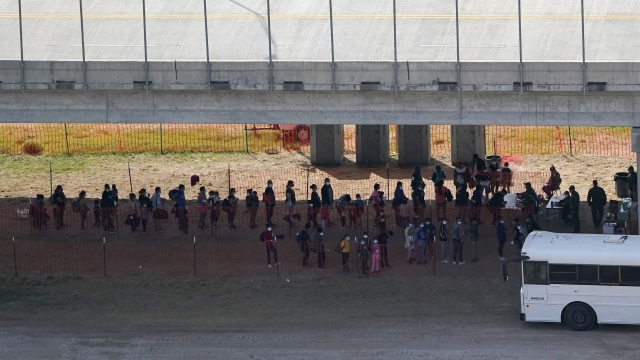 SMS
About 5,000 Migrant Children Are Currently In CBP Custody
By Newsy Staff
By Newsy Staff
March 25, 2021
CBP is supposed to turn over the unaccompanied migrant children to the Department of Health and Human Services' custody within 72 hours.
SHOW TRANSCRIPT

There are about 5,000 unaccompanied migrant children in U.S. Customs and Border Protection custody.

CBP is supposed to turn over the unaccompanied migrant children to the Department of Health and Human Services' custody within 72 hours. But that hasn't been happening because of a lack of capacity.

"Under normal circumstances, you could accept X number of children in a place like this," said Julissa Reynoso, assistant to the president and chief of staff to the first lady. "Currently, because of COVID, we've had to limit the number of children who can be brought into these types of facilities and also ensure that they're safe and that the staff is safe in terms of social distancing and testing and the like."

And there are currently more than 11,500 unaccompanied migrant children in HHS's custody. So, the Biden administration has opened temporary influx facilities.

"We're working to expand the number of licensed beds which is the long-term solution. I will just say though we are taking a very comprehensive approach." said Tyler Moran, special assistant to the president for immigration. "Opening up new beds is just providing space for children. We're trying to address the root causes of why children are coming here, violence, poverty, two major hurricanes. And so part of the president’s plan is bringing aid to the region to address the reasons why people are coming. We're also trying to create legal channels for children to come."

Republicans say the administration has been sending a message to migrants that they're welcome, because it's rolled back some of the Trump Administration's policies. But the White House says it's been clear from the start that migrants shouldn't come.

President Biden correctly stated that the surge started during the Trump Administration. The number of migrants encountered at the border has increased since May of last year. But the biggest jump was a 28% increase from January to February while President Biden was in office.

Also, U.S. Customs and Border Protection typically sees an increase of migrants at the border during the late winter and spring months when the weather is warmer.