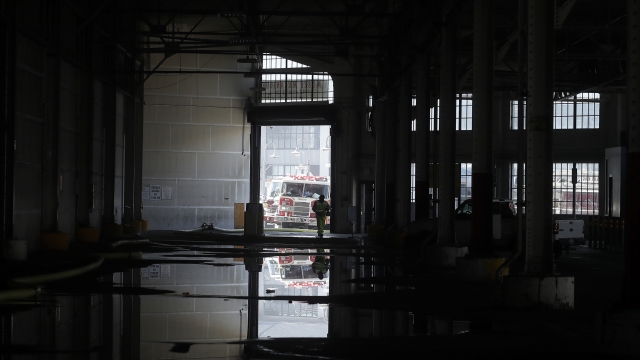 The blaze started around 4 a.m. local time at a large fish processing operation on the Wharf's Pier 45. There's no word yet on what caused it.

A fire department spokesperson said a quarter of the popular tourist area "has been lost to the flames." CBS News reports that the fire was spreading under the pier, causing the structure to collapse.

One firefighter is injured and in stable condition. There have been no reported civilian injuries.