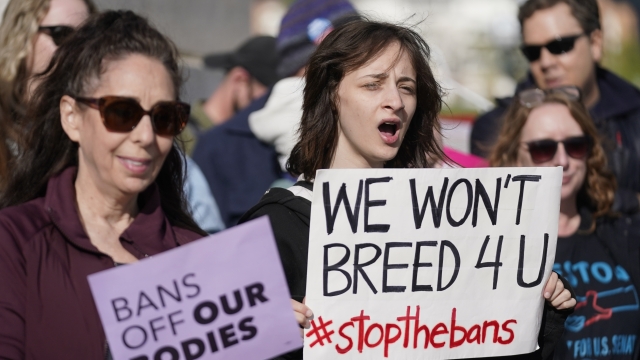 Idaho, Tennessee and Texas are the latest Republican-led states to tighten restrictions on abortion by implementing so-called “trigger laws" that were put on the books to severely limit abortions if Roe was overturned, which happened in June.

President Joe Biden said Friday that such restrictions were “beyond the pale.” 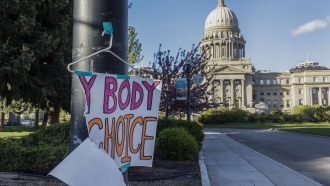 President Biden and Democrats are trying to harness outrage over the Supreme Court's decision to overturn Roe v. Wade, which legalized abortion nationwide, in this year's midterm elections.

“You’re going to hear women roar on this issue, and it’s going to be consequential,” he said.

President Biden made the comments at a White House meeting of state and local officials to talk about ways to expand access to abortion and to mark Women's Equality Day.

The president reiterated his desire for Congress to codify Roe v. Wade into law, but "we're short a handful of votes," he said.

Democrats would need 10 Republican votes to overcome a filibuster and get a bill through the 50-50 Senate, but only two GOP senators have publicly backed abortion rights. And even though they narrowly control the Senate, Democrats don't have enough votes to sidestep the filibuster.

“The only way it's going to happen if the American people make it happen in November,” President Biden said.

In the meantime, he has been looking for ways to protect abortion access. But his options are limited.