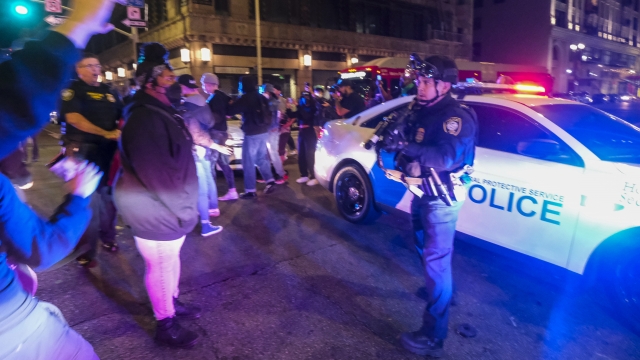 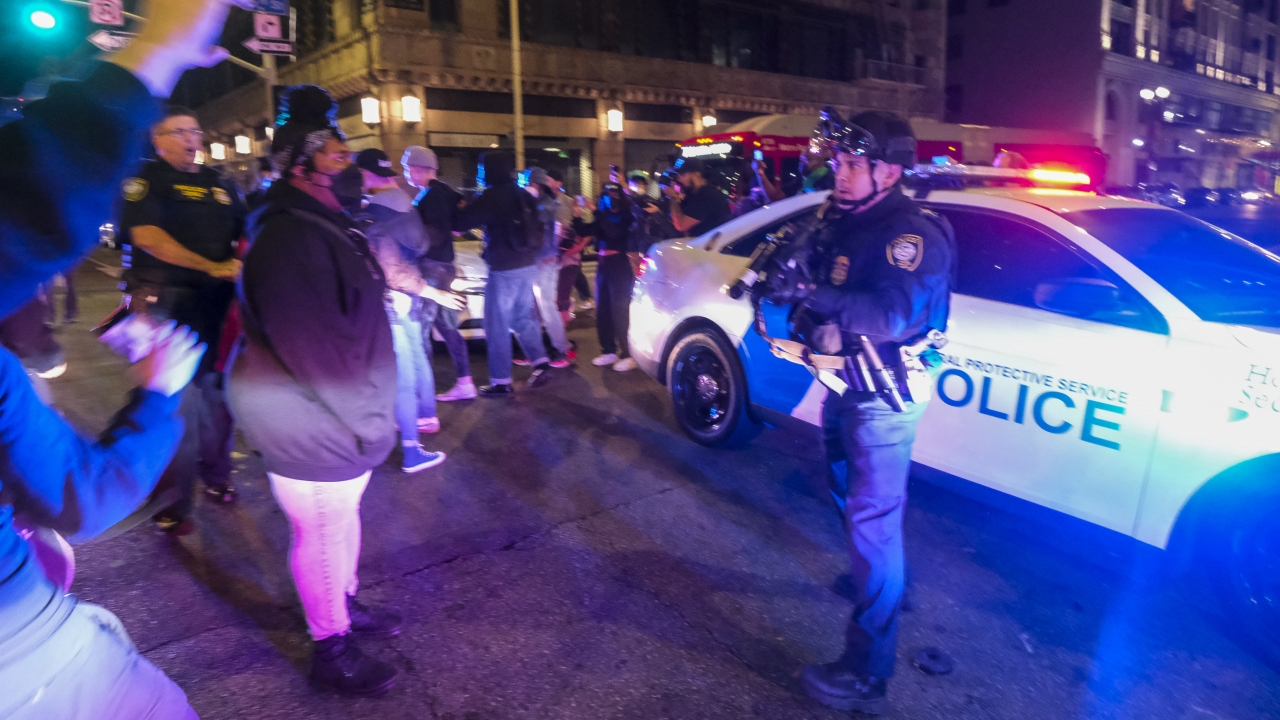 A Los Angeles protest over the leaked U.S. Supreme Court draft opinion that would throw out Roe v. Wade briefly turned into a skirmish with police, who say one officer was injured.

A citywide police tactical alert was declared after a Tuesday night confrontation near downtown's Pershing Square.

Update: A group of protestors began to take the intersection. Officers attempted to communicate, clear and provide dispersal order to the group. The crowd began to throw rocks & bottles at officers. One officer injured (unknown extent). Citywide tactical alert has been declared.

Authorities say about 250 people had been marching peacefully for abortion rights before the clash. LAPD Chief Michel Moore says some demonstrators threw rocks and bottles at officers. One officer was struck with a baton.

There was no immediate word of any arrests and the crowd mostly dispersed after a large police presence was called in.

It was the only violence reported among demonstrations held around the country. About 1,000 people gathered outside the Supreme Court in Washington D.C. Smaller gatherings were held in Atlanta; Austin, Texas and in Manhattan, where New York state Attorney General Letitia James announced that nearly two decades ago, she “walked proudly into Planned Parenthood" and had an abortion.