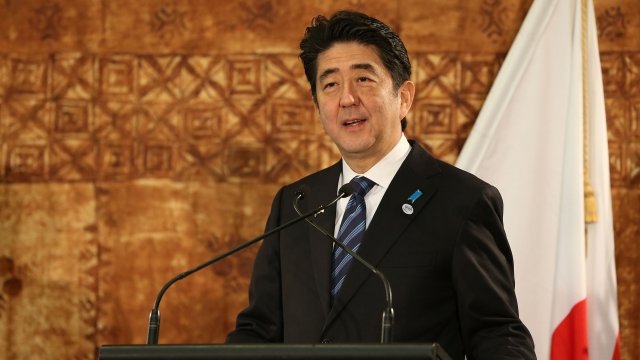 A government official said the quake killed at least seven people and injured more than 120 others. Dozens of people were still missing as of Thursday afternoon local time.

The earthquake triggered multiple landslides, which buried a number of homes. It also cut off power to roughly 3 million homes.

Officials are actively monitoring a nuclear power plant on the island. Although it's been offline for years, operators are currently using backup generators to safely cool spent fuel rods. Those operators reportedly have not witnessed any signs of abnormal radiation following the quake.

This latest natural disaster comes as many in western Japan are trying to recover from Typhoon Jebi, which made landfall earlier in the week. It was the strongest typhoon to directly hit the country's mainland in 25 years.

Japanese Prime Minister Shinzo Abe said he plans to send 25,000 members of the Self-Defense Forces to Hokkaido to help with rescues. Four thousand of those troops have already been deployed.