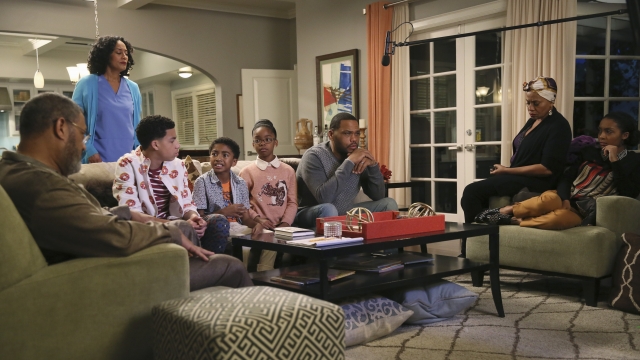 Wednesday night's "Black-ish" episode tackled police brutality in the black community in a way that might help families start the conversation at home.

"If you give up, who's going to fix it for us?" asked Diane, played by Marsai Martin.

The episode takes place almost entirely in the Johnson's living room as the family watches CNN's coverage of a case involving police brutality against an unarmed black teen. Dre and 'Bo, played by Anthony Anderson and Tracee Ellis Ross respectively, debate how they should explain the reality to their younger children.

'Bo wants to protect her kids, while Dre thinks it's important to be honest about today's society.

"I don't want to feel like my kids are living in a world that is so flawed that they can't have any hope," 'Bo said.

But in a world where cases involving alleged police brutality are more frequent than anyone would like, it's Dre who brings a sobering reminder of how some in the black community felt during Obama's inauguration.

"Tell me you weren't worried someone would snatch that hope away from us like they always do. That is the real world, and our children need to know that that's the world they live in," Dre said.

The 30-minute episode called "Hope" had traces of humor sprinkled throughout the show, but it mostly centered on how to explain race relations to kids.

And since race relations are a hot topic at the moment, show creator Kenya Barris told The Washington Post he was inspired to tackle the topic after his 7-year-old son asked why people were mad during the Ferguson riots.

Barris also pointed out that it's not meant to be a "Black Lives Matter" episode. In the past, "Black-ish" has tackled the N-word and racial identity — topics that Barris says parents are addressing more often.