ABC Puts Faith In Shonda Rhimes, Diversity To Bounce Back 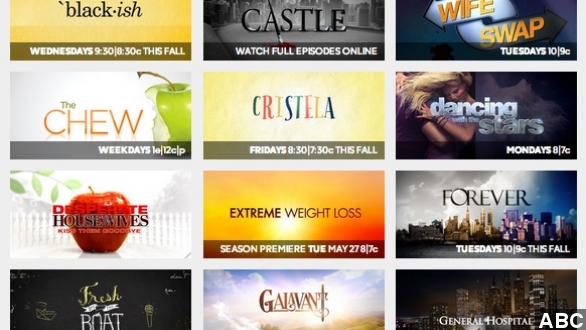 By Brice Sander
May 14, 2014
ABC's fall strategy is all about diversity. The network ordered four minority-lead shows to series, one from hit creator Shonda Rhimes.
SHOW TRANSCRIPT

ABC is putting its faith in Shonda Rhimes next season.

The creator of the network's two flagship series — "Grey's Anatomy" and "Scandal" — will get a whole night to herself this fall.

Adding Viola Davis-led legal thriller "How To Get Away With Murder" to the net's Thursday lineup.

"Murder" is one of four new shows fronted by a minority star at ABC. The network also announced...

"Fresh Off The Boat" — the first comedy with an Asian-American cast to hit network TV since 1994 ...

Which Jimmy Kimmel called the "White-ish" title he'd ever heard at the upfront presentation.

ABC also picked up Felicity Huffman drama "American Crime," which is all about racial politics.

The Hollywood Reporter says ABC's strategy was anything but subtle: the network is all about diversity.

"It's a potentially savvy play, with ABC recognizing the changing demographics and economic realities of the ethnic audience in the U.S."

The network seems eager to bounce back after a dismal 2013-2014 season that landed it in last place in the coveted 18-to-49 demographic.

Still, The Wrap says execs didn't appear too concerned with those ratings at the upfront presentation — with ABC chief Paul Lee saying the net's brand is stronger than any of its competitors.

"ABC, like every network, said its ratings don't reflect its influence because the metrics are outdated. ... 'No network drives a more passionate conversation than ABC,' [Lee] said, pointing to shows like 'Scandal.'"

The network's other new entries play into that social strategy — almost like they're designed solely to get fans talking online.

But the shows could also get viewers talking for all the wrong reasons — critics are already skeptical of fairytale musical comedy "Galavant." (Via HitFix, io9, Vulture)

And sci-fi series "The Whispers" and "Forever" could go either way.

A.V. Club says, overall, ABC made bold choices in terms of series orders, but not in terms of scheduling — nearly every returning series is staying put or moving to a different time slot on the same night.

CBS — the perennially No. 1 broadcaster — is the only major network left to finalize its series orders.