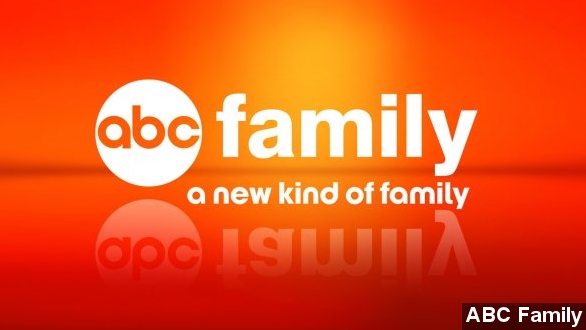 Days after it announced a controversial new series, ABC Family has pulled the plug on Alice in Arabia entirely.

The network, which airs popular shows like Pretty Little Liars and Switched at Birth, made the announcement Friday — less than a week after it initially ordered the pilot.

ABC Family ordered it, along with two other dramas, Monday. Deadline provided ABC Family's synopsis of the show.

"[It's] about a rebellious American teenage girl who ... is unknowingly kidnapped by her extended family, who are Saudi Arabian. ... Alice must count on her independent spirit and wit to find a way to return home while surviving life behind the veil."

And cue the backlash. A writer for Time called the concept "racist," adding that the show reinforces negative stereotypes about Muslims.

The Guardian says the show, which was written by a U.S. Army veteran, is just the latest example of Hollywood films portraying "bad Arabs."

Even Sex and the City 2 was accused of being anti-Muslim. The movie's characters cracked jokes about the Muslim women while on a trip to Abu Dhabi, and the the Arab men in the film came off as misogynists. (Via The Telegraph, Warner Bros. Pictures / "Sex and the City 2")

On Wednesday, Entertainment Weekly reported the Council on American-Islamic Relations had asked to sit down with ABC Family to talk about what was wrong with the show. A spokeswoman said the group hadn't heard back from the network.

Then on Friday, BuzzFeed obtained a copy of a draft of the pilot and said by the looks of it, the script did fuel negative Muslim stereotypes.

ABC responded to the criticism, according to The Huffington Post, with a statement urging critics not to judge the show before they had a chance to see it.

But that apparently did little to quell the backlash, and within days of announcing the pilot, ABC Family decided to get rid of the series entirely.

Here's how an ABC Family spokesman described the decision in a statement to The Hollywood Reporter: "The current conversation surrounding our pilot was not what we had envisioned and is certainly not conducive to the creative process, so we’ve decided not to move forward with this project."

ABC Family says it still plans to move forward with the two other pilots it announced last Monday — Recovery Road and Unstrung.