Palestinian Leader Apologizes For Speech Many Saw As Anti-Semitic 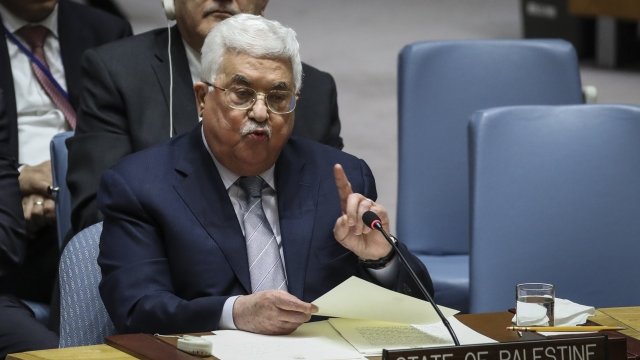 SMS
Palestinian Leader Apologizes For Speech Many Saw As Anti-Semitic
By Ethan Weston
By Ethan Weston
May 4, 2018
The apology comes after a speech Monday in which Abbas claimed the historical persecution of Jews in Europe was due to their financial activities.
SHOW TRANSCRIPT

Palestinian Authority President Mahmoud Abbas has apologized for remarks he made that many perceived as anti-Semitic.

In a speech at the Palestinian National Council on Monday, Abbas claimed the historical persecution of Jews in Europe was due to their financial activities and not their religion.

In response to the comments, Israeli Prime Minister Benjamin Netanyhau called Abbas a Holocaust denier and called on the international community to condemn the remarks.

Abbas said Friday he rejected anti-Semitism "in all its forms."