Aaron Hernandez Had CTE, And His Family Is Taking Action 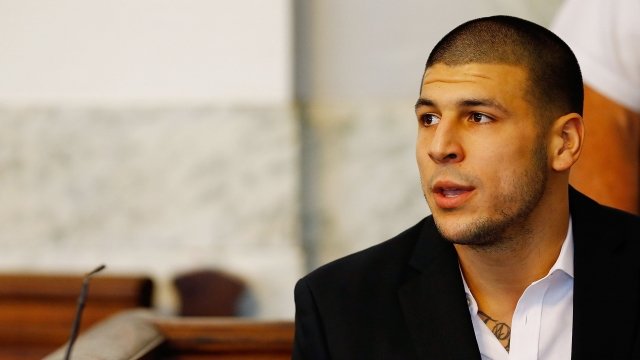 Aaron Hernandez's fiancee is suing the NFL after an autopsy found Hernandez, the former football star who committed suicide while serving a life sentence for murder, had a degenerative brain disease associated with playing football.

An examination from researchers at Boston University found Hernandez had chronic traumatic encephalopathy, or CTE.

CTE is a rare brain disease caused by repeated blows to the head. It's been linked to playing football. A study published in July looked at the brains of 111 former NFL players — all but one had CTE.

Both aggressiveness and depression are symptoms associated with CTE, something the BU researchers noted in their release about Hernandez's diagnosis.

Shayanna Jenkins-Hernandez filed the suit on behalf of their daughter against the NFL and the New England Patriots, Hernandez's former team. It alleges Hernandez played in the NFL because league officials misled him about the risks associated with the sport.

The NFL has faced similar legal challenges before. In 2013, the league reached a $765 million settlement with former players over concussion-related diseases, though the complicated legal aftermath has slowed the rollout of the money. 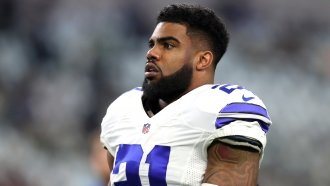 The NFL's Suspension Of Ezekiel Elliott Gets Blocked In Court

The league is also facing a separate lawsuit from the family of Junior Seau, a Hall of Famer who committed suicide in 2012 and was later diagnosed with CTE.