Experts Are Warning Doctors Not To Prescribe Codeine To Kids 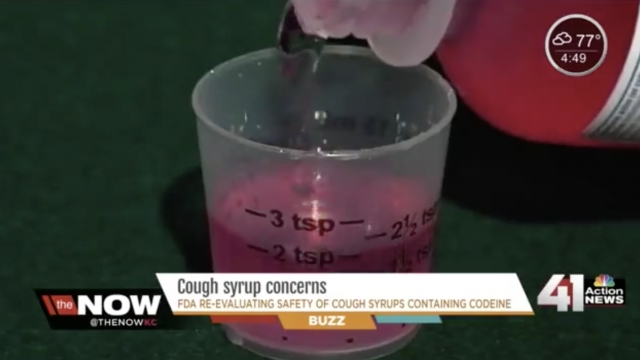 SMS
Experts Are Warning Doctors Not To Prescribe Codeine To Kids
By Katherine Biek
By Katherine Biek
September 19, 2016
The drug is often prescribed after tonsillectomies and is found in some over-the-counter cough medicine.
SHOW TRANSCRIPT

The American Academy of Pediatrics is urging doctors to think twice about prescribing medications containing codeine to children.

Codeine is an ingredient in some over-the-counter cough medicine, but it's also used as a painkiller and is often prescribed after dental procedures or surgery to remove tonsils or  adenoids.

But the AAP discovered codeine metabolizes "ultra-rapidly" in some users, especially those who experience obstructive sleep apnea. This means the person's liver converts the codeine into larger amounts of morphine than it should.

Just taking a standard dose could cause slowed breathing or even death for those patients.

And for some, the drug appears to be ineffective at alleviating pain.

"The FDA is not saying anything that's shocking or surprising to pediatricians, because we've for some time been cautious using cough and cold medicines and any medication with codeine," Dr. Grace Brouillette from the University of Kansas Medical Center told KSHB.

Two years prior, the FDA announced health care professionals should prescribe an alternative painkiller for children who've had their tonsils and/or adenoids removed, because codeine had been linked to several deaths.

The AAP's report names several alternatives to codeine, such as oxycodone or hydrocodone, but does say further research is necessary to find more effective ways to treat pain in children.