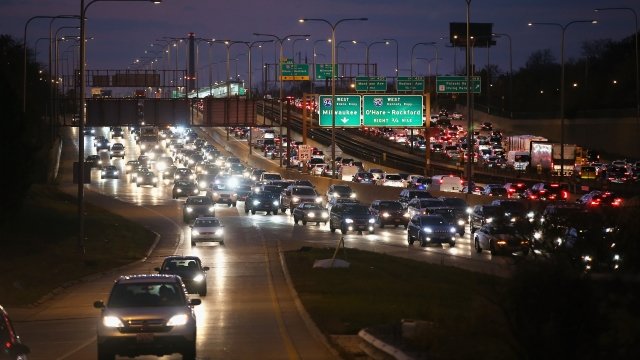 By Andrea Gonzales
November 22, 2018
The company says it hasn't seen this many people headed home for the holiday since 2005.
SHOW TRANSCRIPT

AAA predicts more than 54 million Americans will travel at least 50 miles away this Thanksgiving. That's almost a 5 percent increase from last year.

With more planes, trains and automobiles in use, the company says travel times could be as much as four times longer than a normal trip in the most congested cities in America.

To break down the AAA projection: 48.5 million people are expected to take a road trip, more than 4 million travelers will hop on a plane — and about 1.5 million will use a train, bus or cruise ship.

The company says it hasn't seen this many people headed home for the holiday since 2005.