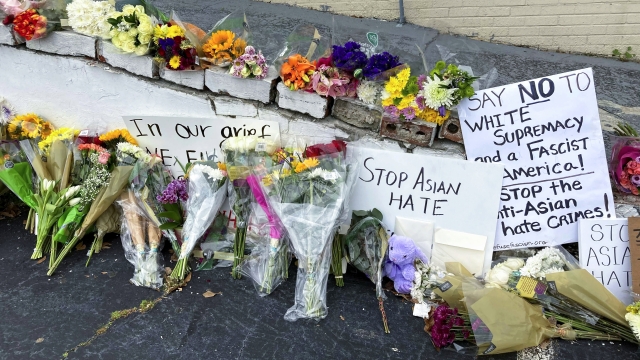 One year ago today, a 22-year-old White man targeted Asian-owned massage parlors and blamed it on a sex addiction. He killed eight people, six of whom were Asian women. And many Asian American leaders spoke out, calling it a hate crime.

The Atlanta incident galvanized rallies and marches across the country.

“The reality is that this could have been me or my sister or my family," says Umi Akiyoshi.

And while others mention that Asian American and Pacific Islanders seem more vocal, perhaps it’s because the incident forced the country to listen.

Rose Nguyen, founder and head chef at Rose Ave Bakery, described it as "sickening, saddening, and then all of that turns into anger."

Stop AAPI Hate — the organization that has been tracking hate cases from the start of the pandemic — found from March 2020 to December 2021, nearly 11,000 incidents against AAPIs were reported on their site.

Since the shooting in Atlanta, Congress approved the COVID-19 Hate Crimes Act, which directed the Department of Justice to speed up investigations. Yet, AAPI leaders and activists are still putting on the pressure, because anti-Asian incidents are still happening.