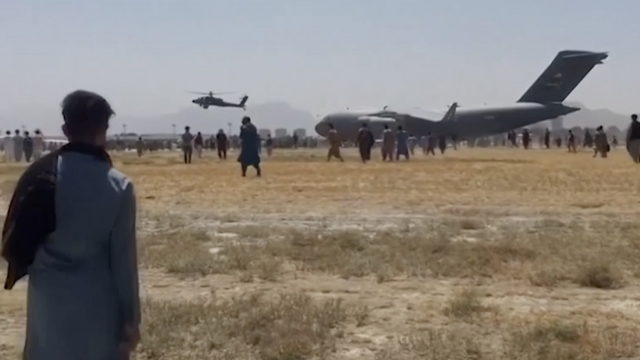 SMS
A Year After U.S. Pullout, Afghan Interpreters Are Still Stuck
By Ben Schamisso
By Ben Schamisso
August 30, 2022
Last year, the U.S. promised to evacuate all military interpreters, but the country's chaotic exit left most of them behind.

A year ago, the U.S. ended its longest war, with one final evacuation plane out of Kabul.

Left behind were tens of thousands of Afghan interpreters who put their lives on the line working for the U.S. military. Now, 12 months later, advocates say most of them are still trapped in Afghanistan, living in fear and poverty.

Newsy is calling one Afghan interpreter Abdul, to protect his real identity.

"We sold all our goods," Abdul said. "Anything we have we sold to just provide the food for us to still survive."

Abdul fought side-by-side with American soldiers for three years at great risk to himself and his family. He says if the Taliban find out about his past, they'll likely kill him.

"They can find and identify anybody from the country," Abdul said. "Their intelligence is very powerful."

When the U.S. helped airlift 124,000 people from Kabul last year, Abdul and most Afghan interpreters never made it out.

"Unfortunately, we couldn't get inside the airport," Abdul said.

Since then, advocates tell Newsy around 4,000 interpreters have been evacuated. But according to the U.S. State Department, 74,000 applications for special immigrant visas for Afghan interpreters are still in the pipeline.

Some don't have the documents required, and others are unable to attend their consular appointments since there is no U.S. embassy in Kabul anymore. Applicants are told to go to a third country.

"We have no embassy here, and we have no one here," Abdul said.

Abdul spent all his savings to get an exit pass from the Taliban for his family to cross to Pakistan, but he's still waiting to get it. He says he remains hopeful thanks to a group of U.S. veterans secretly supporting him financially and helping him navigate red tape from afar. 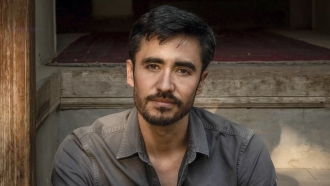 "They were by our side for 20 years," said Chris Franco, a U.S. veteran. "The least we can do is continue to fight to get our allies here to the U.S. or to safety to some other nations and honor our promise."

For Franco, honoring that promise is personal. Two Afghan interpreters he served with are still trapped in the country.

"For the folks that are still left behind and fighting through so many challenges to get out of Afghanistan and get their families to safety, we have not forgotten you," Franco said. "We will continue to fight for you as you fought by our side and fight for us."

But Franco says that promises alone are not enough.

Though he and other advocates credit the Biden administration for establishing a robust public-private partnership to get Afghan allies out, they say the White House and Congress could do a lot more.

The White House has made efforts to simplify the special immigrant visa process for Afghan refugees and sent a request to Congress earlier this year in the hopes of legislating a path to legal permanent residence for those who arrive in the U.S.

The bipartisan Afghan Adjustment Act was introduced in the Senate this August in hopes to achieve both those goals.