A Woman's Job: The Woodworker 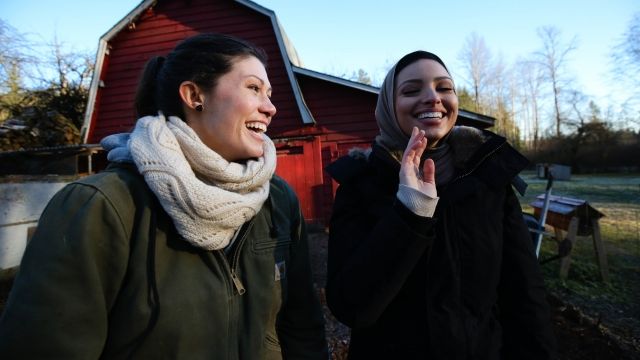 SMS
A Woman's Job: The Woodworker
By Noor Tagouri
By Noor Tagouri
March 22, 2017
Anne Briggs is mastering not just one but two trades traditionally dominated by men.
SHOW TRANSCRIPT

Anne Briggs is a woman who runs her own farm — a rare thing in the U.S. where men dominate agricultural work, especially in managing farms. But she's better known for her woodworking. Her unique work focused on preserving traditions has brought her a wide audience on social media and thrust her into the spotlight as a woman paving her own way forward.