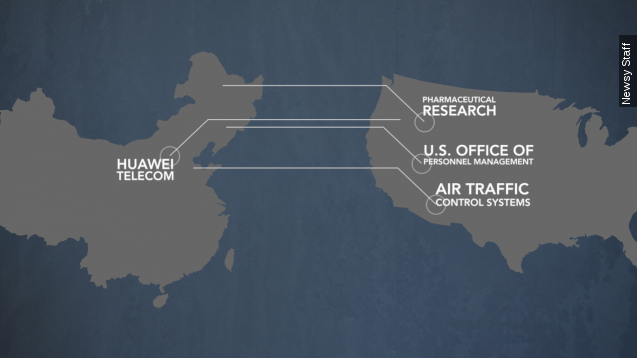 SMS
A US-China Cyberwarfare Treaty Won't Prevent All Breaches
By Evan Thomas
By Evan Thomas
September 20, 2015
The U.S. and China are considering a cyberweapons treaty, but some actions, like personal data theft, wouldn't qualify because they're not "warfare."
SHOW TRANSCRIPT

The U.S. and China want a cyberwarfare agreement. (Video via the U.S. State Department)

The U.S. and China want to use upcoming talks to agree on a "no first use" policy on cyberwarfare, meaning both sides would agree not to be the first one to target the other's critical infrastructure with cyberweapons. (Video via BBC)

An agreement, The New York Times reports, would cover critical systems such as banking, hospitals, power and other utilities. But it would not cover industrial espionage or personal data theft. There's a lot of the latter going around.

U.S. Director of National Intelligence James Clapper recently testified that while the U.S. blames China for the Office of Personnel Management breach, for example, it wasn't technically an "attack." When data is stolen and not destroyed or altered, it's "intelligence collection activity" — which the U.S. does, too.

The deal would acknowledge the destructive potential of cyberweapons needs to be regulated the same way nuclear or chemical weapons are. That's a first. (Video via U.S. Department of Energy)

The two governments could announce progress as soon as Thursday when Xi will be in the U.S. for a state visit.