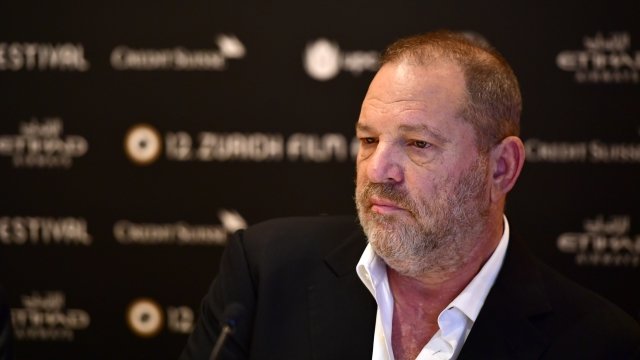 In 40 days flat, a New York Times investigation into sexual misconduct by Hollywood mogul Harvey Weinstein started a ripple that has turned into a tsunami.

Allegations continue to multiply as survivors come forward in fields ranging from movies to restaurants to Silicon Valley and statehouses. Here's a brief timeline to show just how fast these allegations have turned into very real downfalls.

Oct. 5: Ashley Judd and Rose McGowan join several other women in accusing Weinstein of using his power to harass them and demand sexual acts. He declares his legal innocence, but three days later he's fired from his own company, which produces top-line movies and shows. 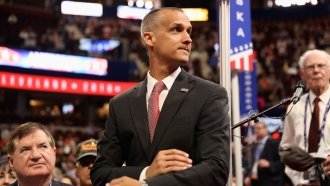 Oct. 10: A-listers Gwyneth Paltrow and Angelina Jolie join the list of Weinstein's accusers, saying he inappropriately propositioned them and reacted aggressively to their rejections. After that, we've seen serious allegations and resulting fallouts at least once a week.

On Oct. 23, The Los Angeles Times shares the stories of 38 women who were approached by director James Toback for sexual favors in return for entertainment stardom. In the span of four days, his list of accusers grows to 310 women.

Former President George H.W. Bush, at 93 years old, is accused by an actress on Oct. 24 of groping her at an event several years ago, and then another woman comes forward with a similar story. The former president blames a physical condition for his hand falling on their waists or rear ends and offers an apology.

Oct. 25: The precipitous downfall of one of Washington's most popular and powerful reporters, Mark Halperin. Five female staffers who worked for him at ABC News many years ago say he made advances and asked them to sit on his lap. He is immediately suspended as an MSNBC contributor. The next day, HBO and Penguin publishers cancel projects for his new book in the Game Change series. On Oct. 30, he’s officially released from NBC and MSNBC.

The Kevin Spacey fallout takes a bit longer. It begins on Oct. 13 when former news anchor Heather Unruh tweeted that the Oscar-winner had sexually assaulted a loved one. The story quietly brews until Anthony Rapp shares details of Spacey trying to initiate sexual contact with him when he was just 14 and when Spacey was in his 20s in the 1980s.

On Nov. 3, eight "House of Cards" staffers say Spacey was inappropriate on the set. Netflix fires Spacey the next day. Cut to Nov. 8, in the morning, when Unruh comes forward to say Spacey had assaulted her son. That night, Ridley Scott announces he'll reshoot any scenes involving Spacey for a movie debuting in six weeks.

Oct. 5 to Nov. 14: 40 short days that shined light on decades of alleged sexual misconduct in several industries by many power players once held in high esteem.