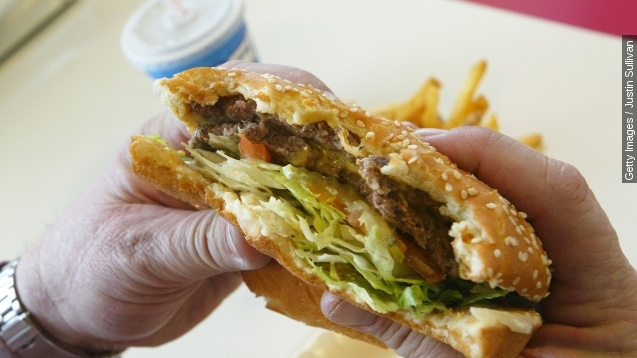 The report released this month by the Centers for Disease Control and Prevention furthers concerns about the country's rising childhood obesity rates. The report was based on data from the latest National Health and Nutrition Examination Survey.

The study showed kids and teens ages 2 through 19 got an average of 12 percent of their daily calories from fast food restaurants. (Video via KFC)

What's worse, fast food represented 40 percent or more of the daily calories for about one in every eight kids. (Video via Taco Bell)

The study defined fast food as any food reported as “restaurant fast food/pizza." The CDC notes childhood obesity has more than doubled over the last 30 years.

And as any parent knows, there's a load of choices specifically marketed to children. (Video via McDonald's)

The data for the study was gathered roughly three years ago, and many of these chains are under pressure to provide parents with healthier options. So the calories children get today from fast food may have improved — or it may have gotten worse. (Video via Dairy Queen)