A Tesla Driver Was Killed In A Crash While Using Autopilot 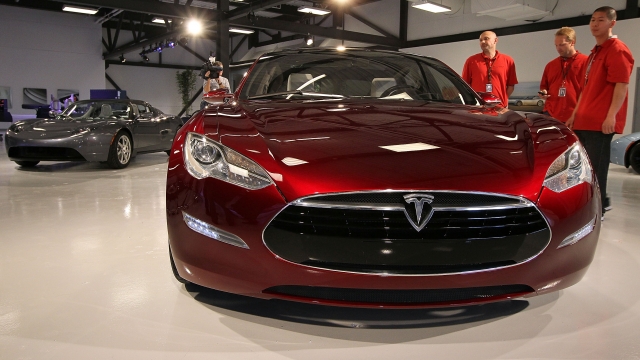 By Stephanie Liebergen
June 30, 2016
Earlier this year, the same driver had shared dashcam video of Tesla's autopilot saving him from a crash.
SHOW TRANSCRIPT

For the first time ever, a car driving with autopilot was involved in a deadly crash.

Tesla announced that the National Highway Traffic Safety Administration is investigating a fatal crash involving a Model S car. The Tesla vehicle had its autopilot mode activated at the time, which enabled the vehicle to steer and change speeds on its own.

The wreck happened May 7 in Williston, Florida. Tesla says a semi-truck was turning and crossing a divided highway when the Model S crashed into it.

The Tesla blog post notes that neither the autopilot system nor the driver saw the white truck against the brightly lit sky. The Model S passed under the trailer, killing the driver.

The driver, Joshua Brown of Ohio, was a Navy veteran who'd worked with SEAL Team Six. In April of this year, he shared a dashcam video of Tesla's autopilot preventing an accident — a video Tesla's CEO Elon Musk also shared.

Tesla says drivers using autopilot in any of its cars must acknowledge that the system "is an assist feature that requires you to keep your hands on the steering wheel at all times." While autopilot is engaged, the car must continually detect the driver's hands on the wheel.

Tesla's aren't the only cars on the road with self-driving capability. Since Google's self-driving cars hit the road in 2009, they've been involved in about 20 accidents, none with more than minor injuries.

This video includes clips from Tesla Motors and Google.