A Street In California Will Be Named After Former Pres. Obama 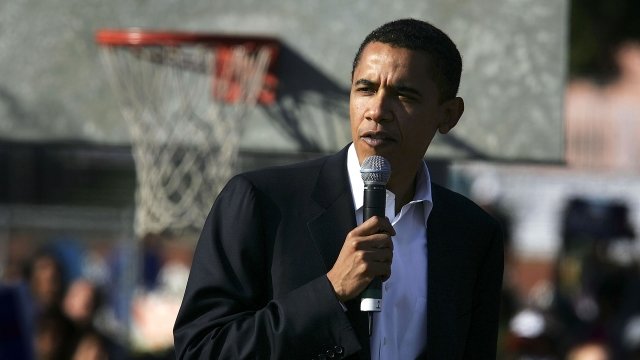 Ten years after Barack Obama became the first black Democratic presidential nominee, he will get a road in California named after him.

Los Angeles' City Council voted Tuesday in favor of renaming Rodeo Road to Obama Boulevard. Just to be clear, we're talking about Rodeo Road in Los Angeles and not the famous Rodeo Drive in Beverly Hills.

According to NBC Los Angeles, the road was chosen because the former president held a campaign rally in 2007 at a park on Rodeo Rd. — it was the first rally Obama had ever held in the city.

Los Angeles Mayor Eric Garcetti said the City Council is thrilled residents and tourists "will forever be reminded of the legacy of President Barack Obama when traveling across L.A."

As CBS News points out, Obama and Garcetti have a long history together. Garcetti served as the state's co-chair in Obama's 2008 election campaign. And in 2017, Obama endorsed Garcetti's second mayoral campaign.

It's unclear when the name change will become official.