This Robot Beats Just Like The Heart It's Wrapped Around 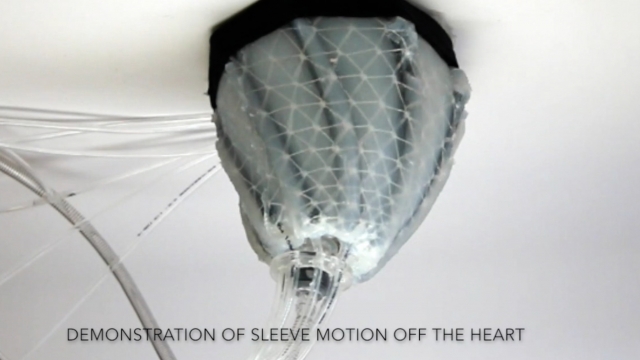 The robot uses pressurized air to contract just like the heart muscles it supports.

To treat heart failure, scientists are building devices that give the organ a boost. This robot wraps around the heart and uses air pressure to mimic the squeezing motion.

It's a promising device for the tens of millions of people who deal with heart failure every year. When researchers tested it in pigs, it kept the circulation steady even after the animals had suffered cardiac arrest.

Some researchers have found evidence that too much cardio might actually be a bad thing — but not all researchers agree.

Right now, fixing serious heart failure can require an implant, a transplant or an artificial heart. A heart wrap would be less invasive. And since there's no blood flowing through it, there's less of a risk for infection.

It's also customizable. Researchers can tweak how hard it pumps, and even which parts of it work, so it can compensate for partial heart failure.