A Shrinking Glacier In Canada Made A River Disappear 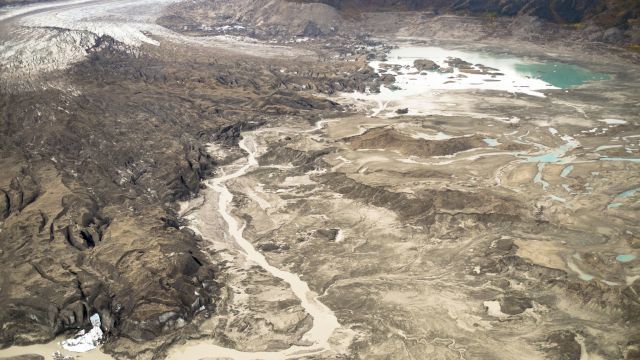 A melting glacier has caused an entire river to vanish — something that hasn't happened for thousands of years. The massive glacier in northern Canada has lost about a mile of ice from its edges over the past century, according to a new study.

The glacier had sent meltwater to the Slims River, but it shrank so much that the meltwater changed course and joined the Kaskawulsh River instead.

The scientists say the event has completely changed the local landscape. The newly exposed riverbed is attracting sheep from a nearby national park to an area where they can be legally hunted. Other changes like shifts in sediment transport, lake chemistry and fish populations are expected as the ecosystem adapts. 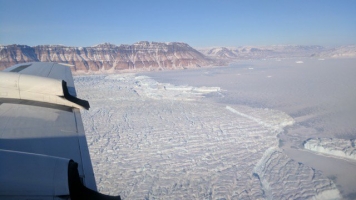 Scientists Don't Know What Caused A Crack In This Greenland Glacier

This capture of river flow by another is known as "river piracy." It can happen due to tectonic movements, landslides, erosions or changes in glacial dams like the one in Canada.

Geologists have documented past occurrences of river piracy dating back thousands of years. The sinking Rhine and Danube river basins experience river piracy, too. But this new research shows the first evidence of river piracy due to glacial melt in thousands, if not millions, of years.