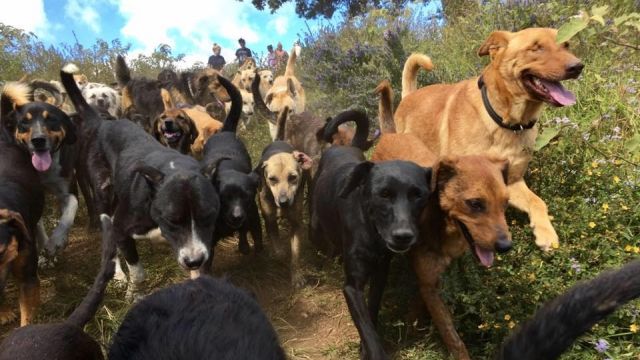 Territorio de Zaguates or "Land of Strays" is a no-kill shelter.

Dogs as far as the eye can see: Nope, it's not a dream; it's a real dog sanctuary.

Translated in English as "Land of Strays," the pooch paradise is a no-kill shelter on a farm in Costa Rica.

Over 900 dogs live there, and probably the best part is anyone can visit and go hiking with them.

The dogs — who are all named — are up for adoption. And in a country with over a million stray dogs, the shelter likely won't be downsizing anytime soon.

The massive sanctuary has gotten some complaints, though.

Animals are evolving to live in cities. They can change their behavior and biology to thrive in a place meant for humans.

The shelter faced neighbors' concerns that the dogs' waste was getting into the local water supply, even though others in the area own cows.

But that hasn't discouraged those running the shelter, who would much rather have dogs out of cages.