A Potato Chip May Have Saved This Woman's Life 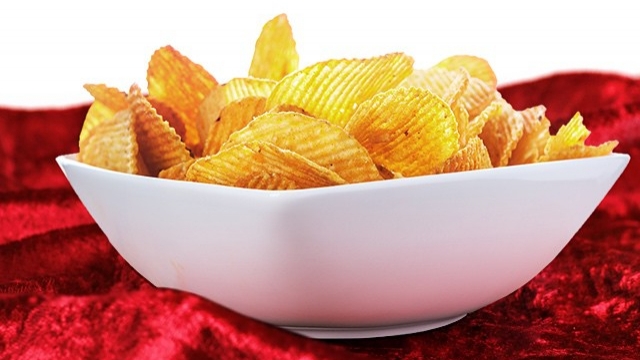 SMS
A Potato Chip May Have Saved This Woman's Life
By Ben Lawson
By Ben Lawson
April 15, 2016
A woman in Washington state discovered a cancerous tumor on her tonsil thanks to a Ruffles potato chip.
SHOW TRANSCRIPT

Kristine Moore says she takes Ruffles potato chips to work every day. She told KIRO that in February that she discovered a cancerous tumor on her tonsil after a potato chip poked it.

"The potato chip was a blessing in disguise. I probably wouldn't have found out for another year," Moore said.

According to the Mayo Clinic, "Tonsil cancer is often diagnosed late in the disease, when cancer has spread to nearby areas, such as the tongue and the lymph nodes."

Her prognosis is good because the disease was caught early. She expects to begin treatment sometime in the next few weeks.

This video includes images from Frito-Lay.