A Parasitic Worm May Heal Your Wounds, But There's A Catch 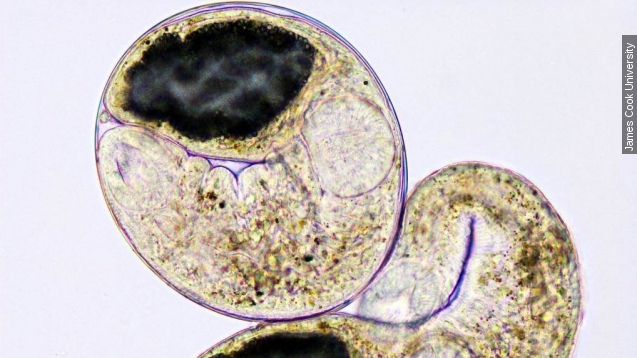 SMS
A Parasitic Worm May Heal Your Wounds, But There's A Catch
By Ryan Biek
By Ryan Biek
October 22, 2015
Australian researchers suggest that a growth factor found in a parasite might help wounds heal faster, though there are some nasty side effects.
SHOW TRANSCRIPT

This is a parasitic worm. Even the Australian scientists studying it think it's gross.

But according to the researchers at James Cook University, a growth factor secreted by this parasite could make your wounds heal faster.

Particularly chronic wounds, such as diabetic ulcers. It's a bigger problem than you may think. Fifteen percent of diabetes patients suffer from ulcers on their feet. (Video via American Diabetes Association)

The only issue? The parasite causes bile duct cancer, and using it to heal wounds increases cancer risks.

You can get the parasite by eating raw fish. It infects millions in southeast Asia and kills 26,000 people each year.

However, the scientists say the same growth factor with wound-treatment potential could be used in a vaccine against the cancer.

The researchers are still trying to figure out how the growth factor controls healing, but they said the parasite could live for decades in a human body before causing cancer.