A Nightclub At The Museum: Prince's Paisley Park Estate To Open Doors 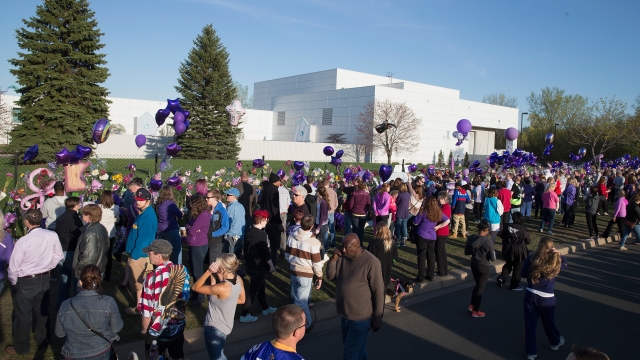 SMS
A Nightclub At The Museum: Prince's Paisley Park Estate To Open Doors
By Cody LaGrow
By Cody LaGrow
April 26, 2016
Prince's family says the museum will be a place to remember the icon's music.
SHOW TRANSCRIPT

Prince's home is set to go from mansion to museum.

The singer's family announced his Paisley Park estate — a modest 50,000-square-foot home just outside Minneapolis — will open its doors to the public. It's a sort of Graceland-gone-purple — even boasting a nightclub and recording studio.

The singer's brother-in-law told The Sun, "It would be for the fans. He was all about the fans — this would remember his music, which is his legacy."