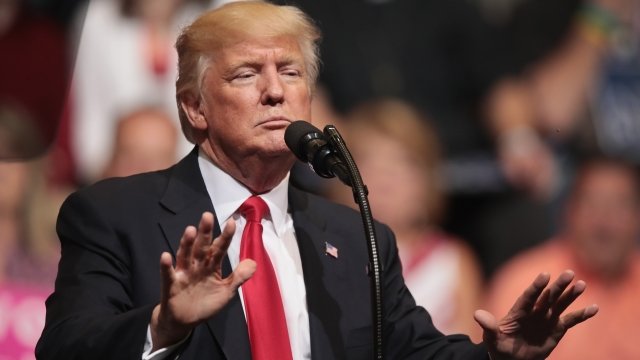 Lawmakers are facing a deadline on a new North American Free Trade Agreement, but as of Wednesday night, a deal between the U.S., Canada and Mexico seemed out of reach.

House Speaker Paul Ryan said Congress needs a deal by Thursday in order for it to be approved by the midterm elections. But recent U.S. tariffs on steel and aluminum complicated the already-cold negotiations. There's also concern over how the deal handles the auto industry.

Even if negotiations get back on track, there could be more setbacks. Mexico's presidential election will be held in July, and the expected winner could take a harder stance against President Donald Trump and renegotiating the trade deal.

Trump could decide to leave NAFTA entirely. But that could be politically damaging: The trade agreement benefits Republican-held states where agriculture is a big business, since Mexico and Canada are big buyers.

Ryan's Thursday deadline isn't exactly binding. And at least one administration official reportedly said they're not going to work on an artificial timeline for restructuring the deal.