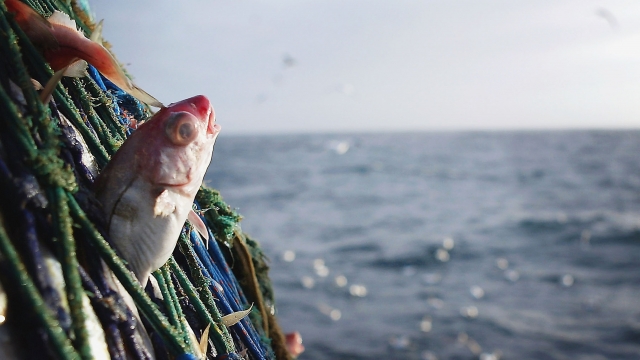 Illegal fishing is a major drain on our oceans, but Google and Leonardo DiCaprio are hunting those criminals down — from space.

Global Fish Watch is partially funded by DiCaprio's charitable foundation, which contributed about $6 million to the Google project.

The app uses algorithms to identify fishing vessels via its Automatic Identification System — which most commercial vessels have. Then, users can look for suspicious activities, like large ships in areas where only small operations should be or unusual zig-zagging behavior, which could mean ships are offloading their catch onto another boat.

This takes a lot of the work out of the usual process.

"We still have an analyst in Spain who would literally watch certain vessels hour by hour and plot out where they were," Jackie Savitz told Andrew Revkin of The New York Times.

Being able to track and hopefully capture these criminals is important to the health of the oceans.

Humans already take more fish from the ocean than can be easily replaced by the remaining fish. Fifty-three percent of the world's fisheries are already fully exploited, meaning there's no room to increase production.

And some of the most popular commercial fish populations have declined so far that their species' survival is threatened. Illegal fishing accounts for about 35 percent of wild marine catches globally.

For instance, in the Philippines, "manning agencies" trick workers into joining an illegal fishing crew. They're promised higher wages, but on the ships, they're often beaten and receive no pay for 20-hour workdays.

If Global Fishing Watch works — and the technology behind it has already had some success — we might be able to preserve the oceans and make them a safer place for humans, too.