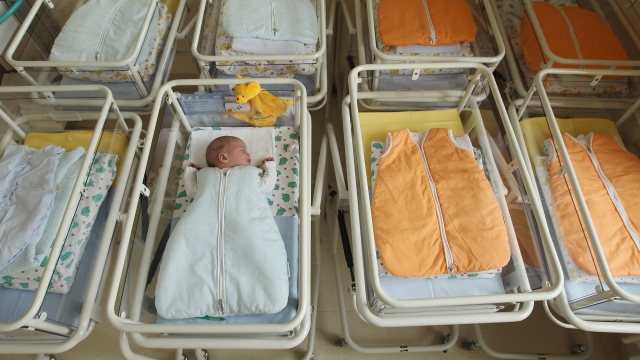 British researchers say a lack of stem cells in the womb could be the cause.

Researchers at a British university say the reason some women continually have miscarriages may be from a lack of stem cells in the uterus, or womb.

As many as 25 percent of pregnancies end in miscarriage. About 1 percent of women suffer from three or more in a row, which is the definition of a recurrent miscarriage.

In a comparison of 183 women, the researchers found recurrent miscarriage patients showed several signs of having fewer stem cells in the womb.

The cells in a woman's uterus reportedly go through cycles, renewing themselves after each miscarriage or successful birth. But having fewer stem cells is linked to a quicker aging of the tissue, which makes it harder for an embryo to develop.

Because of the obvious ethical issues controlling a miscarriage would pose, the study is correlational instead of an experiment. That means we can't be completely sure fewer stem cells are to blame.

However, the researchers are confident enough in their findings that now they're shifting their focus to developing a treatment for recurrent miscarriages.

This video includes clips from University Hospitals Coventry and Warwickshire and images from Getty Images.