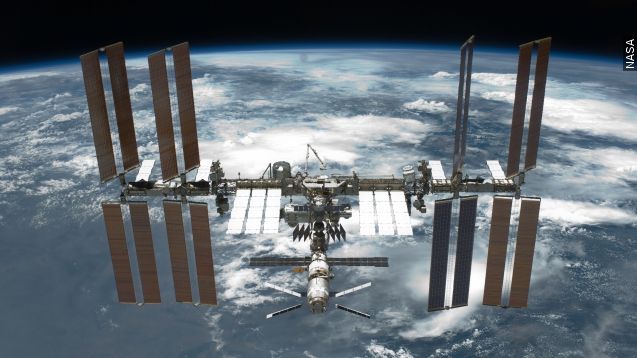 SMS
A New Company — And Another Astronaut — Will Be Heading To The ISS
By Steven Sparkman
By Steven Sparkman
January 14, 2016
NASA hired Sierra Nevada Corp. to fly cargo to the International Space Station, and the extra capacity can support another crew member.
SHOW TRANSCRIPT

Space is getting crowded. NASA will begin working with yet another private space company to keep the International Space Station stocked through 2024.

The agency awarded a new cargo contract to Sierra Nevada Corp. Thursday. It also will continue working with SpaceX and Orbital ATK, which have both flown several resupply missions. (Video via NASA)

In addition to another company, the ISS will also eventually see another crew member. The extra flight capacity under the new contracts will eventually allow the station to maintain a seven-person crew. Right now, it only holds six. (Video via NASA)

Newcomer Sierra Nevada has taken a different approach from its competitors: Its vehicle was designed from the get-go as a space plane that lands like a glider.

It's another approach to reusability, the cost-cutting holy grail which SpaceX has been chasing with its rocket-landing attempts.

Each contract is for at least six cargo flights and has the flexibility and funding to add more. (Video via NASA)