Declaring a national emergency gives presidents a lot of power 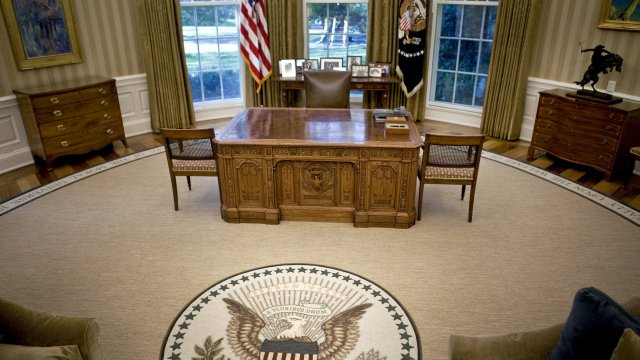 The founders created three branches of government to limit abuse of power.

But what happens when the chief executive can bypass all of that and make monumental decisions for the country completely on his own?

It's called a "national emergency."

Legal scholars identify more than 100 powers the president has access to once he declares a national emergency. Many would be considered illegal under other circumstances. They are broad and can be used even if they don't relate to the emergency at hand. With one announcement, the president can freeze bank accounts or even shut down electronic communications inside of the United States. Some of these laws were created nearly a century ago when access to technology was minimal. What wasn't such a big deal back then could be a disaster today.

The president also has broad power when it comes to our armed forces. He can essentially deploy troops whenever, wherever. That includes right here within the borders of our country.

He is only supposed to declare a national emergency when there is an immediate threat to the country and getting anything through Congress could take too long.

There are almost no guardrails on these powers. The Constitution doesn't give details about how to handle them, so many believe they're at the president's discretion. The Supreme Court has supported the president's actions in past emergencies, for the most part.

Congress, on the other hand, has attempted to check this power but hasn't exactly followed through. They laid out a few rules for the president. First, they say a national emergency should only last a year. They want the president to tell them which powers he's going to use and give them updates on progress every six months. With that information, Congress says they'll meet and decide whether they'll allow him to keep the emergency in effect. This has never happened.

But presidents have used these powers throughout history. FDR did it when he interned Japanese-Americans during World War II. President Bush declared one after 9/11 with armed forces. President Obama declared a national emergency because of the swine flu.

These powers allow presidents to act fast to respond to crises while also giving them the power to operate relatively unchecked.