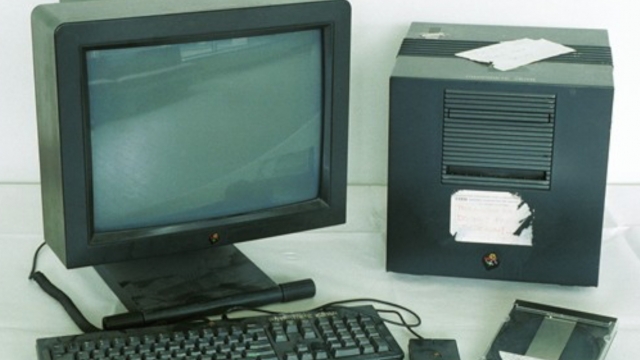 In honor of World Wide Web Day, here are some of the web's biggest firsts — some that stuck around and some that didn't.

Sir Tim Berners-Lee published the first website at CERN in 1991. At the time, it was a guide to the entire rest of the web.

One of the first known photos on the web is also credited to CERN.

Email is even older than the public web. Ray Tomlinson developed it in 1971. The first email was a test. He said it was full of dummy text.

In 1998, AOL bought Netscape for $4.2 billion in one of the first big web acquisitions ever. And it still stands as AOL's most expensive to date.

We won't get too far into the pronunciation of the graphics interchange format. The battle over "jif" or "gif" is as old as the internet.

Inventor Steve Wilhite says the first GIF ever was a static image of a plane. He says the popularity of the animated format is thanks in part to Netscape's logo.

The first truly viral video might have been the dancing baby. If you're on the internet, you've probably seen it.

The first video on YouTube, meanwhile, was from its co-founder, in which he discussed elephants.

And the first online social network — where people could find and connect with friends — was probably SixDegrees.com, launched in 1997 and defunct by 2001.